Skip to content
On December 2, GW student groups staged a four-hour “die-in”  event to protest recent events in Ferguson, MO, and to make calls for social justice on campus, in the community, and beyond. This event was aggressively promoted on social media (Facebook page and on twitter using the hashtag #GWFerguson) and it was widely documented on tumblr and other platforms. As twitter becomes an increasingly potent mechanism for people to advocate for change in their campuses and communities, it may interest readers of this blog to consider these timely and critical reflections on twitter ethics. In this posting, Dr. Dorothy Kim [via Hybrid Pedagogy] offers an incisive analysis of the social media platform as a digital mediated public space–and how it can provide an urgent venue for grief, protest, and transformation (in the classroom and in the streets). P.S. If you want to find out more about twitter as a tool for activism, academics, and pedagogy, come to the GW Digital Humanities Symposium on Friday, January 30, 2015. Among the invited speakers are Dorothy Kim, Jesse Stommel (Director of Hybrid Pedagogy), and Suey Park (activist and writer mentioned in Kim’s article). 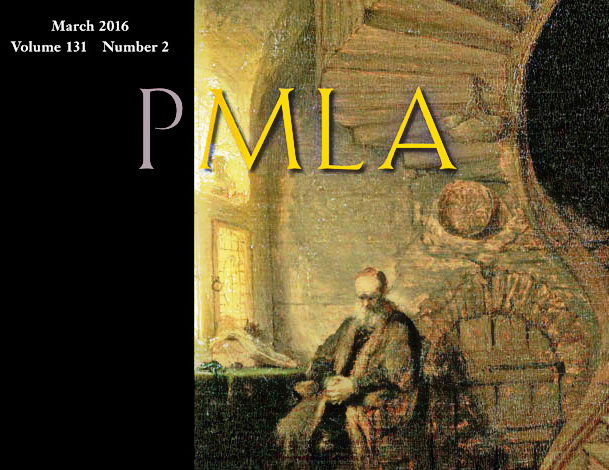 Announcement: A recent issue of PMLA features of cluster of articles on “the changing profession” entitled “Assembling the Ecological Digital Humanities” (or EcoDH for short). Jeffrey J. Cohen, Professor of English and Director of the GW Medieval and Early Modern Studies Institute, co-edited this essay cluster with Stephanie LeMenager (University of Oregon). Appearing in this cluster… 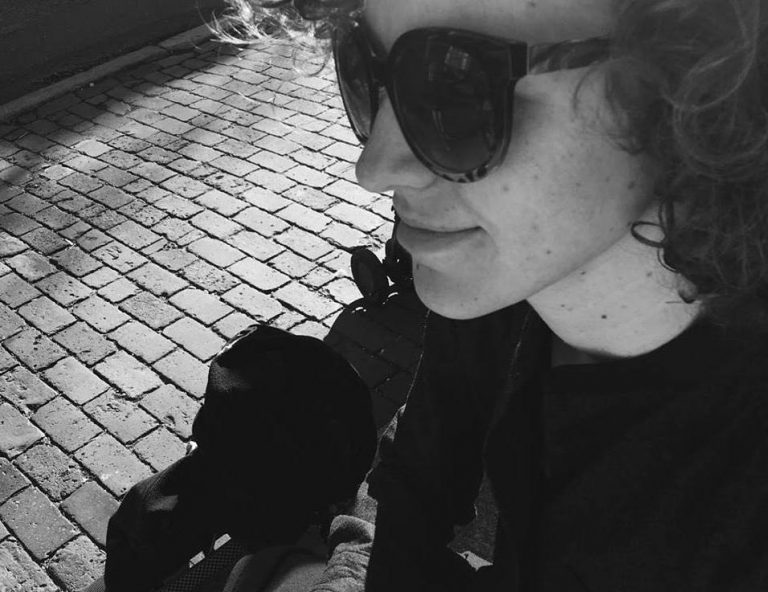 As previously announced on this blog, GW has been awarded a substantial Andrew W. Mellon grant to support “Resilient Networks to Support Inclusive Digital Humanities.” Competitive jump-start grants of $5000 are now being offered to member-institution faculty pursuing digital humanities projects! Read more about the scale and scope of the Mellon grant here. If you wish…

On October 2nd and 3rd, 2015, the University of Maryland will host an exciting dual event: the Transformative Digital Humanities Conference and THATCamp TransformDH, a collaborative, impromptu “unconference”, where all participants will join in creative play together in sessions proposed on the spot. Speakers include keynote presenter Lisa Nakamura, author of Digitizing Race: Visual Cultures… 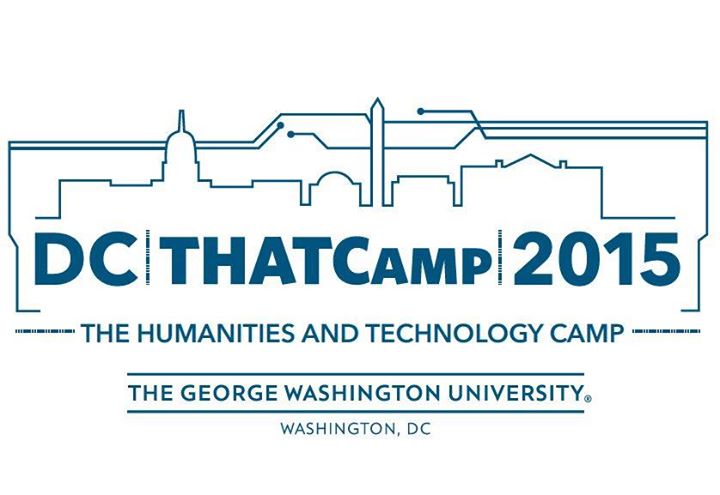 [via Prof. Diane H. Cline, GW Department of History] THATCamp DC 2015 is coming to GWU on Saturday April 18th, and you won’t want to miss it. See who else is coming by visiting the event website’s list of campers! At this THATCamp there will be a planning meeting for GW DH’ers to develop a prioritized… 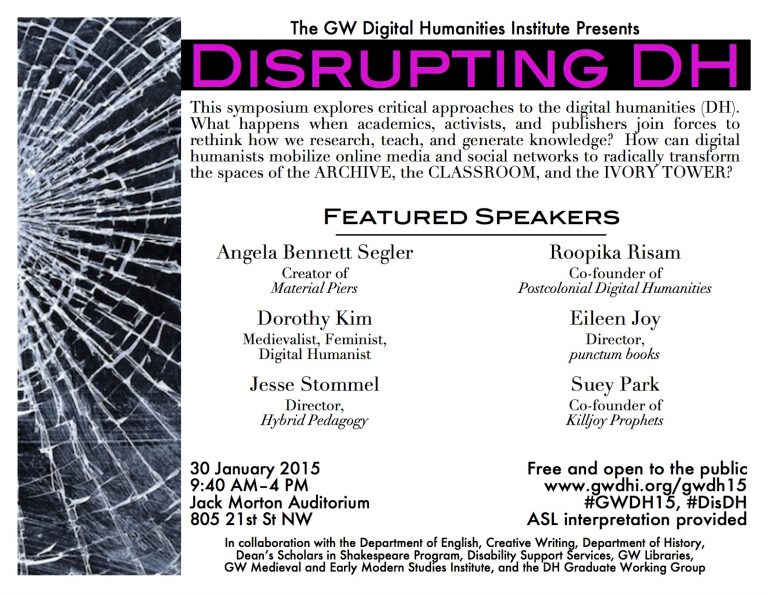